September 9th, 2011 - 05:01pm
By Matt Sakuraoka-Gilman
US mobile entertainment portal MocoSpace has revealed the results of a recent ethnicity study covering 40,000 of its mobile social gamers.

It focuses on the purchase trends in the US categorised by ethnicity, concluding that Caucasians and African Americans are over indexed when it comes to virtual goods spending.

31 percent of surveyed respondents were Hispanic and were responsible for 21 percent of virtual goods purchases. 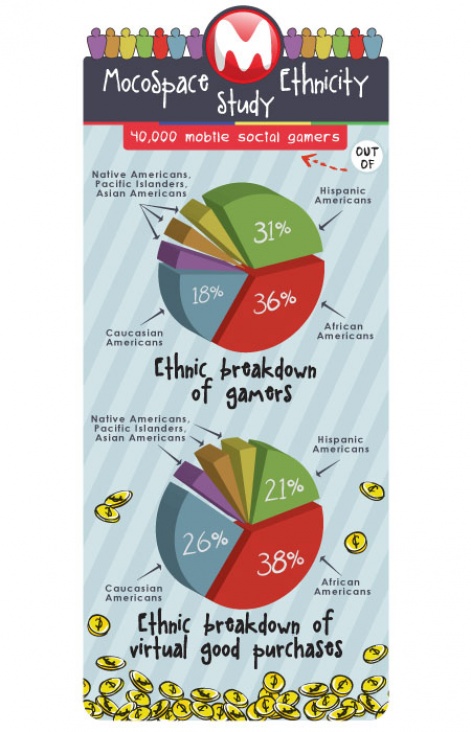 "Virtual goods have now become such a mainstream business that it makes sense to really start segmenting it. We've started to sort our data by a number of criteria, including ethnicity and gender," said MocoSpace CEO Justin Siegel.

"Over time, this sort of information will change how mobile game developers and publishers create content and market their titles, something that is already happening in console and online gaming industry."

These figures can be placed next to Flurry's recent study that revealed 49 percent of all freemium IAPs was bought by the 25 to 34 age group.