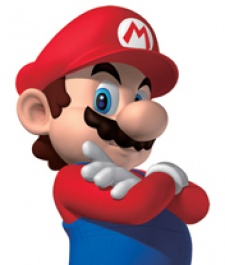 September 13th, 2011 - 10:43am
By Keith Andrew
If Nintendo was looking for a short-term sales boost for 3DS, the company's decision to slash the price of the handheld - a move that, combined with further action by retailers, resulted in it selling for less than its predecessor in some stores  certainly had the desired effect.

Sales around the globe jumped, with Japan in particular playing host to a mini resurgence  Nintendo's handheld outselling Sony's PSP by five-to-one in the first week after the cut.

Yet, with the boost now beginning to trail off, analysts still believe 3DS will miss its annual sales target of 16 million units by some margin, suggesting the handheld's price wasn't the main factor holding it back.

Based on a survey of analysts carried out by Bloomberg, 3DS will fall shy of its 2011 sales target by an average of 16 percent, despite the unveiling of scores of new titles for the handheld by Nintendo at the Tokyo Game Show.

It's the price of software rather than the hardware, however, that analysts such as Wedbush Morgan Securities' Michael Pachter believe is putting consumers off.

Simply put, software on handhelds is being devastated by cheap releases on smartphones.

"They can't compete with free or 99c downloads," said Pachter, who believes 3DS sales in 2011 will come in at 10 million.

His view was backed up by Macquarie analyst David Gibson, who believes 3DS's slack performance in the US will bring worldwide sales in at 14.5 million.

The solution? As some investors suggested after Nintendo posted a $324 million net loss in Q1 2011, Nintendo needs to embrace the markets that are killing its business  mobile and social.

"Nintendo should consider embracing social networks, even though its going to be a latecomer," added Koichi Ogawa of Daiwa SB Investments.

"Even with the price cut, it's hard to lure consumers as various platforms including the iPhone and iPad are available now. Those people won't use 3DS to play cards or mahjong."