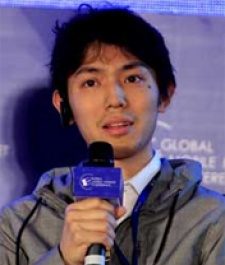 In his place comes Naoki Aoyagi, who will take up the position of CEO with immediate effect having previously served as CFO of OpenFeint's parent company GREE.

"In just over 24 months, OpenFeint has grown to over 120 million users across 7,000 games. I thank Jason for his leadership growing the company and wish him well in his new adventures," said Aoyagi.

"I'm excited to lead OpenFeint through its next phase of growth."

Aoyagi joined GREE in 2006, but can boast almost a decade's worth of experience in the financial operations field, having managed in the technology, media, telecom and internet sectors.

At the time, he said OpenFeint was "stepping on the gas pedal" post buyout, with the "entire OpenFeint team" staying on to "continue building the platform that we launched together two years ago".

In addition, OpenFeint and GREE have claimed they will soon announce plans to integrate their respective operations over the coming weeks.