September 26th, 2011 - 12:05am
By Keith Andrew
Apple's iPhone 5, Facebook's Project Spartan and Amazon's Android tablet  three as of yet unconfirmed products the industry is already in the process of preparing for.

The latter of the three, however, is nearing its official unveiling if an invite sent out to the press by the online retail giant is anything to go by.

Though the subject of the event is unknown, it seems likely that the invite  which simply asks recipients to "join" Amazon on September 28  refers to the firm's tablet.

The device itself has already received its first unofficial press blitz courtesy of TechCrunch, and is reported to have a 7-inch, back-lit colour capacitive screen and sports no physical buttons whatsoever.

"Google's Android Market is nowhere to be found," said TechCrunch's MG Siegler of the tablet earlier in September.

"In fact, no Google app is anywhere to be found. This is Android fully forked. My understanding is that the Kindle OS was built on top of some version of Android prior to 2.2. They are not working with Google on this. At all."

Expect more on who Amazon is or isn't working with on September 28. 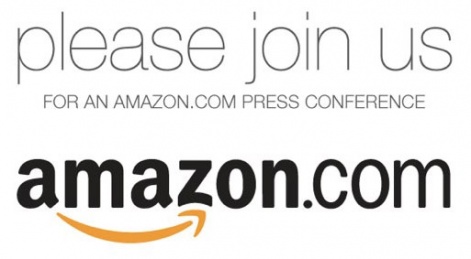