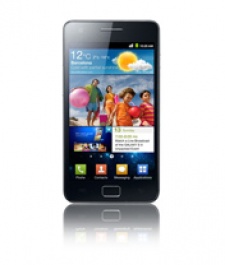 September 26th, 2011 - 03:19pm
By Keith Andrew
Less than 150 days after it rolled out in May, Samsung has announced shipments of the Galaxy S II have surpassed 10 million units globally.

The figure is impressive for a number of reasons  most prominently the fact the handset has only enjoyed a limited roll out to-date in what could prove to be its most lucrative market, North America.

The rate of shipments is also on the rise. It took Samsung 85 days to ship the first 5.5 million units to retail. It's taken 61 days to ship a further 4.5 million.

That means more than half a million units are hitting the stand across the globe every week.

At this rate, the handset's total could top 17 million before the end of 2011.

"Since its launch in late April 2011, the Galaxy S II has seen continued sales success, demonstrating Samsung's industry-leading capabilities in - and commitment to - the smartphone market," said president and head of Samsung's mobile business, JK Shin.

"In just five months the Galaxy S II has seen tremendous growth, reflecting its tremendous popularity with customers around the world, who in selecting the Galaxy S II as their device of choice have driven the device's strong market position globally."

Galaxy S II is currently outperforming its predecessor at retail, despite Apple's attempts to block its sale across Europe, and other territories.

In comparison, the original Galaxy S took almost 5 months to hit 10 million units shipped after its launch in August 2010.

The ARM-powered device was also recently benchmarked as the fastest smartphone available in terms of an OpenGL graphics test.