Both Apple and its rivals look to curved cover glass to gain an advantage, reckons DigiTimes

Staying ahead of the... 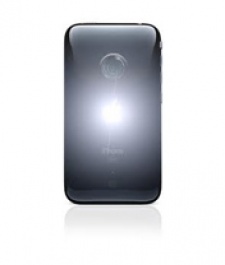 September 26th, 2011 - 04:31pm
By Keith Andrew
Commentators may have concluded it's the iOS ecosystem, rather than hardware that gives Apple the upper hand over its rivals, but that isn't likely to stop them trying to gain a march on Apple's flagship device with physical flourishes.

A report on DigiTimes suggests non-Apple suppliers are currently in the process of producing curved cover glass for smartphones in a bid to give them an advantage over iPhone.

In response, it's believed Apple has dipped into its massive cash reserves to purchase glass cutting and polishing equipment for its suppliers in preparation for the production of similar devices.

They were reportedly ordered by Apple itself in response to a reluctance by the manufacturers to invest in the technology.

May, or may not

"Suppliers of the non-Apple camp are working on products with curved cover glass in attempts to gain a competitive edge in the handheld device market dominated by Apple, sources in the glass industry said," reports the site.

Devices that result from this trend are likely to hit retail at some point in the first half of 2012.

As Apple Insider points out, however, DigiTimes originally reported back in May that the next iPhone, likely to be unveiled in a matter of days, could also sport a curved screen  a feature that seems unlikely four months later.

Of course, Google's Samsung-made Nexus S, which was released in December 2010, features a slightly curved screen.