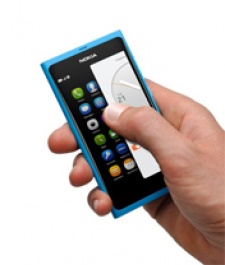 September 27th, 2011 - 04:28pm
By Keith Andrew
Needless to say, when Nokia launches its first Windows Phone handsets in October, they'll be afforded more promotion than a solitary email pushed out to the press.

In comparison, however, Nokia's one and only MeeGo device appears to have sleepwalked into stores.

According to the Finnish firm, N9 has begun "shipping to customers and stores" less than four months since it was unveiled.

However, given it's already been confirmed that major markets such as the US, UK and Germany won't be carrying the device, just which retail outlets around the globe will be stocking N9 is unclear.

It's expected Nordic countries such as Sweden and Finland will be the focus.

The handset has essentially been orphaned as Nokia pulled back from MeeGo - developed in conjunction with Intel - in order to focus on Windows Phone.

"Since we announced the Nokia N9 in June this year, the feedback that it has gotten from discerning and avid smartphone users across the world has been nothing short of fantastic," said VP of marketing Ilari Nurmi.

"With the innovations in industrial design, user interface, and the Qt developer experience, the Nokia N9 sets the bar for how natural technology can feel, and represents the first in a number of products from Nokia that will be brought to life in similar fashion."

It's also available in three different colours  black, cyan and magenta  sporting either 16GB or 64GB of storage for 480 and 560 respectively, though exact pricing will vary from carrier to carrier.