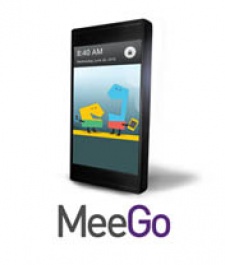 September 28th, 2011 - 12:11pm
By Keith Andrew
It's been all quiet on the MeeGo front for months, and then suddenly everything happens at once: the day after Nokia's one and only MeeGo device, N9, started shipping to retail, the OS itself has been put to bed.

The news broke when Linux Foundation executive director Jim Zemlin detailed his take on MeeGo's future on the organisation's blog.

In short, attention will shift from MeeGo to a new Linux-based platform, Tizen.

Moving on from MeeGo

"While Meego will remain a project at The Linux Foundation, we see industry leaders lining up behind Tizen," said Zemlin.

"There has been a lot of great work done in the Meego project, and we are pleased to see that code carried over to Tizen.

"Of course Meego is open source, so if there is an itch to scratch best served by its code and community, developers are welcome to participate."

"This new project is first and foremost open source, and based on Linux. So it begs the question: why not just evolve MeeGo?" said Sousou.

"We believe the future belongs to HTML5-based applications, outside of a relatively small percentage of apps, and we are firmly convinced that our investment needs to shift toward HTML5.

"Shifting to HTML5 doesn't just mean slapping a web runtime on an existing Linux, even one aimed at mobile, as MeeGo has been.

"Emphasising HTML5 means that APIs not visible to HTML5 programmers need not be as rigid, and can evolve with platform technology and can vary by market segment."

One question springs to mind, however: if MeeGo's backers have known for some time the OS was to be wound down, where did recent talk of Samsung showing an interest in the platform come from?

Like MeeGo before it, Tizen will be overseen by the Linux Foundation, with both Intel and Samsung offering input over its development.

The Limo Foundation  the group it was claimed was showing an interest in MeeGo  has also signed up as a Tizen supporter, suggesting members Samsung, Panasonic and NEC may still have a role to play in MeeGo's future, albeit under its new Tizen guise.

Tizen itself is currently scheduled to roll out its first release in Q1 2012. More details can be found on the project's website.