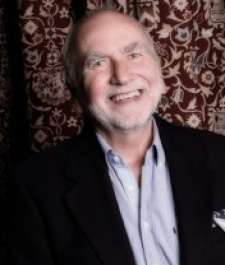 September 29th, 2011 - 09:00am
By Keith Andrew
Following on from the unveiling of Bruce Everiss as CMO, smartphone startup Kwalee has named Codemasters founder and industry veteran Jim Darling as company chairman.

Darling, who helped set up UK publishing powerhouse Codemasters back in 1986, will join his son David at the company, who founded the firm and who has already confirmed will serve as CEO.

Jim stayed on at Codemasters as chairman until 2007, and has said the current smartphone market has much akin to the industry he started out in almost 30 years ago.

"So far this reminds me very much of the budget 8 bit computer game market, with the benefits of instant global online sales and distribution," said Darling senior.

"There is a clear need to differentiate Kwalee and its products from the competition which is something that David and his team are well capable of doing."

Naturally, Jim's son David has welcomed the appointment, touting his father's achievements in the industry.

"Obviously I have worked with my father, Jim, all my life so I know just how good he is at what he does," he added.

"When he agreed to join us as chairman I knew that it would be a massive help to our commercial success.

"Many people do not realise what a huge role he played in our earlier businesses and at Kwalee I am sure that he will bring us skills and abilities that nobody else has."