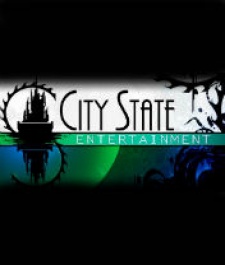 Its primary aim is to develop games for the mobile, tablet and social networking space.

Based in Fairfax, Virginia, City State has been running incognito since early March 2011, and marks a return to games development for Jacobs, after a two-year hiatus.

It's currently working on an Android and iOS (and possibly PC) based title due Q4 2011.

"Social games are certainly a lot easier to develop than a traditional game, let alone an MMO and because of the faster development cycle and the lower costs, we have a lot more freedom in what we want to do," Jacobs pointed out.

He didn't go into detail about his departure from Mythic, which was bought by EA in 2006, merely noting, "At the end of the day, when you take other people's money, you have to do what they tell you to do; I've done that before, and a lot of times it's cost me."

The team at City Sate is currently 12 strong, and includes Andrew Meggs, also formerly of Mythic and Bethesda Game Studios. Another from  Mythic is Mike Crossmire, graphic artist at City State, while artist Lucas Feld brings experience from his time at Obsidian Entertainment and Day 1 Studios.

Jacobs also highlighted his intention to gather a diverse group.

"I was looking for, and continue to look for, a mix of people that represent a much more diverse segment of the gaming population - whether that's women, young people, whoever - and, to be very blunt, not just 'old white guys', he says.

"I want people who can come in and bring in their different perspectives, and their ideas for new games and features."

You can see what City State gets up to via its website.