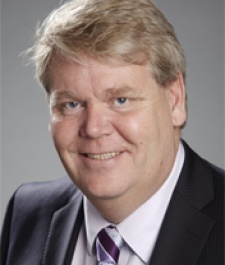 October 4th, 2011 - 03:00pm
By Keith Andrew
Listen to Sony Ericsson CEO Bert Nordberg talk about the firm's business, and the complexities of working on Android for a mobile manufacturer seem without end.

The company, which was formed ten years ago as a joint venture between Swedish OEM Ericsson and Japanese electronics giant Sony, now finds itself as a small player on Google's OS, holding an 11 percent share according to estimates.

Yet, as well as fighting for space on a platform it's looking to dominate, Sony Ericsson is also wary of the continued impact of iPhone and is struggling to gain a foothold in the US market.

The manufacturer is being squashed from both sides, essentially, but Nordberg believes Xperia Play has the potential to kill two birds with one stone.

"Our Android strategy has been successful and the best choice we could have made, considering the growth of the Android platform," Nordberg said in an interview translated by the Wall Street Journal from Swedish.

"But it's safe to say that Sony Ericsson should have taken the iPhone more seriously when it arrived in 2007."

If Sony Ericsson finds itself beaten back in 2011 because of its failure to react to the market in 2007, investors might expect the company to be more willing to take risks four years on.

In contrast, Nordberg looks to be focusing on consolidation over expansion, dismissing the possibility of the firm adopting Windows Phone like rivals Samsung and HTC, despite admitting being personally "curious" about Microsoft's OS.

Instead, attempting to crack the US market is what's pitched as the key to reversing Sony Ericsson's shrinking share  a challenge all of its own.

"We have underestimated how fast we would be able to penetrate the US market," added Nordberg.

"We are a very tiny player in the US. Our PlayStation device, Xperia Play, has been a path for us to establish a relationship with US operators, and we managed to get deals with both Verizon and AT&T.

"Now we need to broaden our US product portfolio," he concluded.

Nordberg's attitude isn't anything new, however. Back in August, newly appointed head of content & marketing strategy at the company Tim Harrison said Sony Ericsson would market Xperia Play "aggressively" in both the US and UK, branding the device as the firm's "focus" moving forward.

"It's about trying to create a new market but it's also building on the existing ecosystem," he added. "We're trying to raise Android gaming and I think we're succeeding."