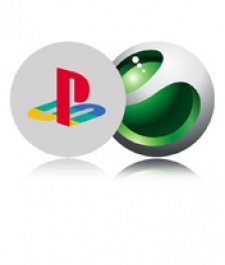 October 7th, 2011 - 11:45am
By Keith Andrew
In the years before Xperia Play, talk of an officially certified 'PlayStation Phone' was rife, yet the handset itself never became a reality.

Getting the Japanese giant to back Xperia Play, they said, was akin to pulling teeth.

It all makes talk of a potential $1 billion-strong swoop for Sony Ericsson easy to understand: as smartphones increasingly becomes a central component of the games industry, so Sony is looking to line its mobile venture up against iPhone and co.

Sources cited by the Wall Street Journal point to ongoing talks between Sony and the Stockholm-based firm  talks they claim could "break apart at any time", but nonetheless raise the prospect of a buyout that could cost Sony anywhere between $1.3 billion and $1.7 billion based on valuations of the business.

Sony itself has so far "declined to comment" - the company told Reuters it has a "long-term commitment to our joint ventures" and that "the talks are not something that have been announced by Sony" - but the benefits are clear to see.

By bringing Sony Ericsson fully under its control, Sony would be able to better synchronise brands like PlayStation with its smartphone business, giving the company a fighting chance of drawing market share away from Apple  an important factor, given the negative impact iPhone is believed by many to have had on sales of Sony's PSP in recent years.

Though the launch of Xperia Play has upped Sony Ericsson's visibility on its chosen platform Android, CEO Bert Nordberg recently admitted the firm is still a "tiny player" in the US.

"Our PlayStation device, Xperia Play, has been a path for us to establish a relationship with US operators, and we managed to get deals with both Verizon and AT&T," he concluded, having also admitted the firm should have "taken the iPhone more seriously" at launch.

"Now we need to broaden our US product portfolio."