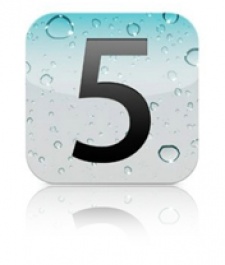 October 17th, 2011 - 02:38pm
By Keith Andrew
With scores of different manufacturers, models and carriers on board, it's taken almost a year for Android 2.3  better known as Gingerbread  to make its way onto four in ten handsets.

For Apple, it's taken under a week for 25 million iOS users to make the leap to iOS 5, including the 4 million who got the firmware out of the box over the weekend with iPhone 4S.

According to estimates, that's equal to around 11 percent of iOS's total userbase  though that number includes owners of old iPhone or iPod touch hardware, ineligible for the upgrade.

"More than 25 million customers are already using iOS 5, the worlds most advanced mobile operating system, in the first five days of its release," the firm stated in a press release.

"And more than 20 million customers have signed up for iCloud, a breakthrough set of free cloud services that automatically and wirelessly store your content in iCloud and push it to all your devices."

The news comes as problems with users attempting  and, in early cases, failing  to make the upgrade appear to have dissolved.

On launch day, scores of users complained of receiving error message 3200 after downloading the update, with some claiming their devices had been bricked as a result.