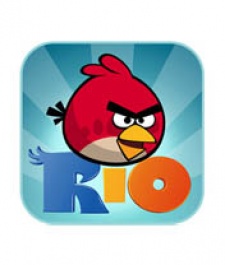 October 21st, 2011 - 04:42pm
By Will Wilson
[Update - Rio was distributed by 20th Century Fox and not Dreamworks as originally written in the article]

During this annual ceremony, held at the swanky Westminster Plaza hotel in London, gongs are handed out to titles that have been voted for by gamers, rather than by mysterious men in suits or sales robots.

Rio runaway
Angry Birds Rio, self-published by Rovio, was one of the first games on iOS to get the movie tie-in treatment.

Back in August, Rovio claimed series-wide downloads had now passed the 300 million mark.