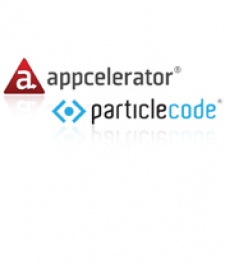 October 24th, 2011 - 06:46pm
By Keith Andrew
If Appcelerator's proposed acquisition of Particle Code says anything, it's that the latter backed the right horse when it specialised in HTML5 app development.

Appcelerator's decision to add HTML5 to its roster through Particle Code - the firm's Titanium platform previously focusing on native apps for iOS and Android - is undoubtedly a quick fix.

Now, not only can developers reach additional operating systems with the Particle SDK, they can also write in an additional language, too.

Terms were not disclosed and Particle Code employees will relocate to Appcelerator's headquarters this week.

"The acquisition enables Appcelerator to expand its world-class platform used by over 1.6 million developers to become the first mobile platform to offer an integrated native, hybrid, and HTML5 web application solution," Appcelerator said in a statement.

"The move accelerates Appcelerator's position as the leading cross-platform development framework, now able to offer both web and native app development from a singular code base to developers in every app category."

In all, thanks to Particle Code, Titanium will now add BlackBerry, Windows Phone and webOS to its library, as well as the web-based development through HTML5.

For its part, Particle Code will soon close down the original Particle SDK, with support running for a further 12 months.

It's not the end of the Particle project, however, with the company claiming the opportunity to rid the industry of platform fragmentation by merging with the Titanium SDK was an offer it couldn't turn down.

"We took at a stab at a pretty difficult technology problem and built an elegant solution to address many of the challenges faced by developers," said Particle Code's CTO Yotam Shacham.

"We're excited to be able to take this even further with the great folks at Appcelerator who have created an impressive ecosystem around their platform."

"The Particle Code acquisition is a big win for mobile developers across the board," said Haynie.

Titanium already powers a total of 30,000 apps. The HTML5-equipped SDK will roll out in the first half of 2012.