But social studios should plan for 'transition' 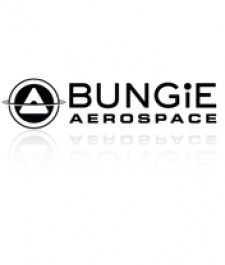 October 26th, 2011 - 01:39pm
By Matt Sakuraoka-Gilman
The advance of mobile tech, though designed to impress consumers, is not universally welcomed by those working on the platforms.

Indeed, as Hiive's Andrew Rollings recently expressed, the likes of iPhone 4S  equipped with what Apple claims is seven times the graphical power of its predecessor  means consumers will soon expected more from mobile games, putting the existence of independent developers in doubt.

In contrast, however, Bungie's Bernie Yee has spoken of his belief that new smartphone hardware is improving mobile development, rather than restricting it.

Knowledge is powerSpeaking to VG247, Yee said the industry is now unrecognisable from the one that existed a few years ago.

"We look at the hardware platforms and they're becoming more powerful and relevant," said Yee, speaking with VG247.

"I can't speak for other studios, but for us, the values Bungie brings to game development are applicable to iOS.

"So remember five years ago when it was the original iPhone? The mobile scene was very different. The palette was so limited. What would our guys do to a mobile game dev back then? We'd have nothing to contribute. But now the things we have are really useful."

For developers that do find life difficult, however, Bungie claims its Aerospace venture  designed to support mobile social studios  can come to their aid.

"I was talking to a developer, and they're looking at Facebook games," Yee added.

"One of his concerns was 'What happens when - through Flash or some other technological adoption - 3D [graphics] become relevant in social games?'

"I mean, Zynga already spends billions of dollars and dozens of people. They're worried about that transition. That's a time when we can really help developers manage that."

Get free insider tips on the future of mobile game monetisation