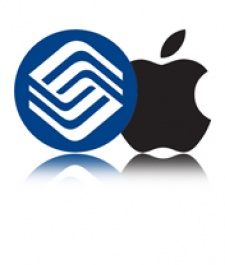 Who says carriers are nothing but dumb pipes these days?If the latest news to leak from talks between Apple and China Mobile over a deal to carry iPhone in the region are anything to go by, the world's largest mobile operater is acting anything but dumb.Indeed, word from AllThingsD suggests China Mobile - which boasts a 600 million strong subscriber base  is looking for a share of App Store revenue before it commits to adding iPhone to its library of smartphones.Wheeling and dealingNo figures as to just what proportion of app revenue China Mobile is after have been made public, but it's a condition Apple is unlikely to want to submit to.Cook and co. have never conceded any revenue share to a carrier before, and though China Mobile is the largest partner Apple has courted to date, any such deal could green light similar requests from the firm's existing roster of operators.Just how keen Apple is to secure China Mobile's support is unclear. In October, the carrier's chairman Wang Jianzhou admitted the firm's network already boasted 10 million iPhones in unlocked form.Though the device isn't compatible with China Mobile's TD-LTE 3G network, the company has been encouraging use with gift cards for free wi-fi to ensure users are fully connected.A formal deal in the longterm remains China Mobile's priority according to Jianzhou. The ramifications if Apple gives any ground, however, could be felt beyond China's borders.[source: AllThingsD]