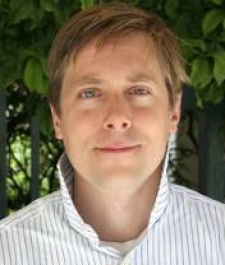 November 14th, 2011 - 01:48pm
By Keith Andrew
Off the back of claims support for native code is on its way to Windows Phone, Unity Technologies CEO David Helgason has suggested the firm is making moves to back Microsoft's OS in the future.

Any attempt to launch Unity on the platform, however, won't be made until the next major version - Windows Phone 8 - hits handsets.

Helgason claimed Unity isn't to blame for the delay. Rather, the closed nature of Microsoft's OS as things stands means any effort to support the platform would require far too much work.

"We could, in theory, do what we've done with Flash, which is to rewrite the engine so it works inside a non-native environment," said Helgason.

"So it could be done in theory, but it's very much in theory because that would require a huge amount of work an uncertain results."

Nonetheless, Helgason stated Unity is "looking at Windows Phone 8". He added, "hopefully it will be easier to work on that system."

"We talk to Microsoft a lot, and we were involved in looking at Windows Phone 7 early on, but they couldn't open up the platform, and that led to us deciding to not support it," he concluded.

Rumours suggest Helgason's hunch Windows Phone 8 will support native code are on the money - a move that will appease many developers, who have complained about Microsoft's closed approach since the platform launched.