It ain't no fail whale 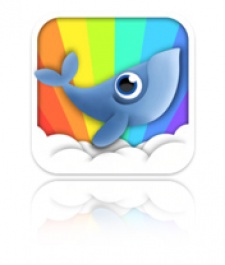 November 15th, 2011 - 07:17pm
By Keith Andrew
Back in August, ustwo CHIEF WONKA mills took to the pages of PG.biz to claim that, despite having no real experience in creating a successful game, the UK/Swedish studio would soon have an iOS hit on its hands.

Less than three months later, and the latest Whale Trail download figures from ustwo itself  100,000 and counting  suggest mill's prediction was as prophetic as it was confident.

Winning with Willow
Whale Trail hit the App Store 25 days ago, meaning Willow's adventures have been generating around 4,000 downloads a day  though mills has revealed that, at peak, daily downloads have climbed as high as 11,000.

"We made Whale Trail so that we could sit among the iOS gaming greats and I feel we are on our way to being welcomed," mills said via email.

"Apple made us 'Game of the Week' in something like 78 countries including US and UK on launch, which is the ultimate accolade.

"Every gaming site covered the launch and more importantly the players seem to really love the mix of simple gameplay mechanics and psychedelic madness. It's pure ustwo in a micro package."

Other stats released by the firm include a total of 800 five star reviews on the App Store, with an additional 2,699 five star ratings.

But ustwo isnt standing still to admire its success. Next up is a "major update" designed to increase the current 1,000 downloads a day tail, including new challenge chapters and 32 unlockable levels and to sit along the main endless mode.

In-app purchases are also set to be included, as well as an Android version, lauching at the same time.

Mills has previously stated on Twitter that the studio needs to sell 300,000 copies of Whale Trail on iOS to break even on the project, proclaiming the 69p market on the App Store "dead".