Last version of Android to be supported 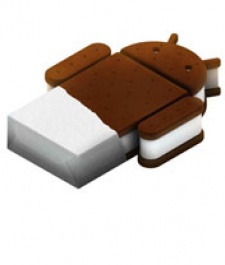 November 21st, 2011 - 07:19pm
By Keith Andrew
Commentators are eager to link to Adobe's decision to halt development of Flash Player for mobile, but it appears the launch of Ice Cream Sandwich may have simply come too soon for the firm.

As spotted by SlashGear, consumers picking up Samsung's Galaxy Nexus  the first phone to be equipped with the latest version of Android, dubbed Ice Cream Sandwich  will soon discover the platform doesn't yet include Flash support.

Indeed, users aren't even able to pick it up from Android Market, though Google has confirmed support is forthcoming.

Indeed, Adobe itself has claimed there's been no decision to boycott Ice Cream Sandwich  rather, the whole affair is simply the result of bad timing.

"Adobe will release one more version of the Flash Player for mobile browsing, which will provide support for Android 4.0, and one more release of the Flash Linux Porting Kit - both expected to be released before the end of this year," the company said in a statement to Pocket-lint.

The statement, however, means the next major update to the Android platform will come without Flash, as Adobe looks to make the transition to becoming a force in the HTML5 development scene.