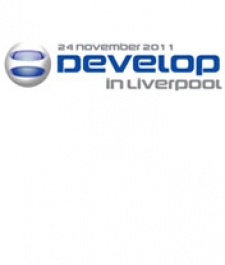 November 24th, 2011 - 11:03am
By Keith Andrew
If anyone doubted PS Vita has been designed with smartphones in mind, even the briefest sample of SCEE's keynote at Develop Liverpool would put them straight.

Sony's reaction has not been entirely positive, however.

Speaking of the rise of '60p smartphone games', Evolution Studios' group game director Matt Southern branded them bad for the industry, claiming the majority are downloaded and deleted within a matter of minutes.

"It's a totally different landscape to PSP's launch," he noted.

"Snack-sized games are great things. They're introducing far more people to gaming than would have been otherwise."

Sony's strategy with Vita, he claimed, will be to differentiate its handheld by offering "deeper, richer experiences" to those on mobiles.

That's not to say Sony isn't taking some other aspects of the smartphone market on board.

Both Denny and Southern claimed they were looking at new ways of monetising games, including the kind of in-app purchases mobile consumers are now accustomed to.

"Pricing structures are one of the most important issues of the day," added Southern, claiming MotorStorm on PS Vita may well feature an abundance of downloadable extras.