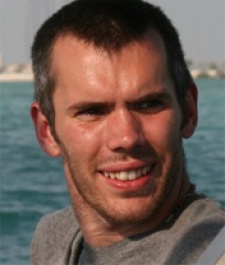 November 25th, 2011 - 11:11am
By Keith Andrew
Even with the studio's collective wealth of experience, the first 11 months at Hogrocket have been anything but easy if co-founder Ben Ward's talk at Develop Liverpool is anything to go by.

Indeed, for studios that truly go it alone  self-publishing titles as well as developing them  there is twice as much work to do.

"Do your research and know what you're getting into," Ward said, summarising his advice to fellow indies. "Good games are not enough  you've got to respect the business."

Ward's talk was essentially designed to blow away any nativity, detailing the lessons Hogrocket had learned during the development and release of the firm's first iOS release, Tiny Invaders.

As well as the typical hurdles developers face on any platform  Ward stressing studios need to stick their idea rigidly, with Hogrocket having lost a month attempting to take Tiny Invaders down the 3D route - Ward claimed PR and promotion are just as important as the game itself.

"If you don't want to do these kind of things, find someone who can," he stated, revealing Hogrocket's strategy had been to reveal nothing about the game itself before launch day, only unleashing the "PR rampage" once it was on the App Store.

"There's no point telling people about your game two weeks before launch  if someone reads about your title they'll want to download it there and then. iPhone gamers are impulsive. They won't wait and pre-order it."

Dropping to 69p didn't actually increase the game's revenue, but it did bring in more users, and Hogrocket's strategy became to try and draw in the biggest userbase possible, working out how to monetise that audience at a later date.

Freemium, he said, seems to be an even better way to do this, and Tiny Invaders' future launch on Android  billed by Ward as a "no-brainer" - will have to be free to avoid the game being pirated by all and sundry, he said.

The strategy for any launch on Google's OS will be the same, however, with Ward imploring attendees to "jump on any events" and turn them into big PR pushes.