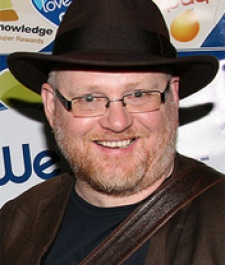 November 25th, 2011 - 02:42pm
By Keith Andrew
If Oscar Clark didn't work as PapayaMobile's evangelist, you get the impression he'd still be shouting from the rooftops about the importance of the freemium model.

Indeed, the main focus of Clark's talk at Develop Liverpool was about breaking down barriers between free releases and the more traditional paid model.

Whatever the format, the free release is often the best way to react to what is an increasingly all-knowing consumer, he claimed.

"We have to adjust our monetisation models as the audience gets more sophisticated," said Clark.

The traditional £40-per game model supported by the industry only exists because "we hadn't worked out what we were selling", he claimed, suggesting it had stayed in place so long because "we just didn't know any better".

"I often say premium is dead, but I don't mean it," he added.

"What I actually mean is, around 12 games or so will survive running the premium model. Passion for the brand is what carries these games through  these games already have an expectation of value, and can generate enough anticipation to warrant an upfront payment."

For most games, however, demanding a payment before the consumer has had a chance to play is simply too much of a risk. It acts as a barrier to entry that puts most people off.

"Developers say to me, 'at least with paid games you know what money you're going to get'," said Clark. "That's not true. If you stick at one price point, you have no idea the other strategies it would take to get others on board."

In Clark's view, lowering the price  or even going free  is all about taking the risk away from the consumer and putting it in the hands of the developer.

Not too appetising a thought for many studios, perhaps, but he suggested such a level of risk means developers have to be "confident their game is good enough" before launching.

If anything, going freemium means games have to be better than paid games, not worse, to survive.

"You have to make it easy for the player to spend the first dollar. Make it fun, otherwise you'll lose them," he said.

In-app purchases should be about encouraging further play, Clark added, rather than simply attempting to grab money from your audience.

"Creating a great game is the goal. Freemium is not about perverting people into spending money they don't want to."

Indeed, the best freemium games are able to avoid what Clark dubs the 'hangover' - the period where consumers who downloaded the game because it was free stop playing.

"Free players are different by design," he concluded. "There are more females for starters. I, like many others, initially thought this new group would be interested only in token in-app purchases, but in practice they want ways to enable them to play more."

Superfluous downloadable content such as extra outfits still need to be there for certain gamers, he added, but those really dedicated to the game - the big spenders, or whales - are more interested in ways to play for longer, such as extra levels.

Developers need to avoid locking their experience behind IAPs, however. Even if someone chooses not to spend now, if they feel the only way they can enjoy the game is to spend money, they won't translate into a paying player later.

It's what Clark calls "appropriate billing", and while it's not easy to master, a solid game is always the best place to start.