Service to wind down at the end of January

December 5th, 2011 - 06:07pm
By Keith Andrew
After the best part of two years, the news that Austin, Texas-based Gowalla  arguably Foursquare's closet competitor - is to wind down operations suggests the location-based market in its current form has reached maturity.

Gowalla's move is in relation to the rumoured buyout by Facebook, news of which broke over the course of the weekend.

Both Facebook and Gowalla have since confirmed an agreement is indeed in place between the two firms, but the social network has stopped short of a full buyout.

Instead, co-founders Josh Williams and Scott Raymond  along with other members of the team  are to join Facebook, leaving the Gowalla product hanging.

"In talking with the Gowalla team, we realised that we share many of the same goals: building great products that reach millions of people, making a big impact quickly, and creating new ways for people to connect and share whats going on in their lives," said Facebook in a statement.

"While Facebook isn't acquiring the Gowalla service or technology, were sure that the inspiration behind Gowalla will make its way into Facebook over time."

For Gowalla's part, Williams claims much of what the company had looked to do with its location-based platform  which currently boasts 10,000 DAUs to Foursquare's more than half a million  can be achieved within Facebook.

"About two months ago, my co-founder Scott and I attended F8. We were blown away by Facebooks new developments," he said on Gowalla's blog.

"A few weeks later Facebook called, and it became clear that the way for our team to have the biggest impact was to work together. So we're excited to announce that well be making the journey to California to join Facebook!

"We know how much many of you loved Gowalla. It's been the highlight of our lives as we've built it with your help over the past two years. As we move forward, we hope some of the inspiration behind Gowalla  a fun and beautiful way to share your journey on the go  will live on at Facebook."

The Gowalla service itself will be wound down in January, Williams has confirmed, when users will be provided with a way to their export Passport, Stamp and Pin data. 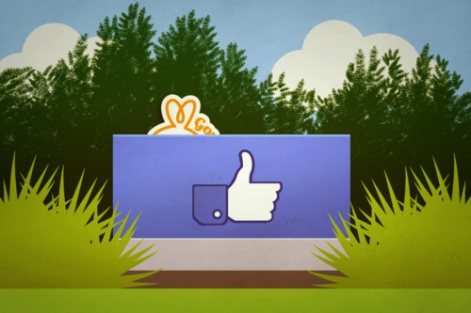