On the back of Social Girl's success, Crowdstar cheekily positions itself as a mobile Zynga

December 20th, 2011 - 08:00pm
By Matt Sakuraoka-Gilman
CrowdStar has followed up the success of its first female-focused freemium game Top Girl, which managed to reach 1 million downloads in 10 days, with its newest female-orientated social title Social Girl.

That might not be big news in itself, but seven days since its launch the game has already pulled in the 1 million downloads that its predecessor managed.

Six in the city

The surge of interest in feminine freemium has seen it overtake Rovio's Angry Birds in the YUS App Store's top grossing charts, settling in at number six, below Zynga titles Dream Zoo and Poker by Zynga.

Indeed, taking advantage of current news, the company is cheekily positioning itself against just floated Zynga.

Still, looking to increase its future pipeline as part of its cross platform Project Trident, CrowdStar and its investor YouWeb have partnered as a part of $10 million indie development fund, dubbed StarFund.

The first investments have been made in October, with six startups each receiving $250,000 each. 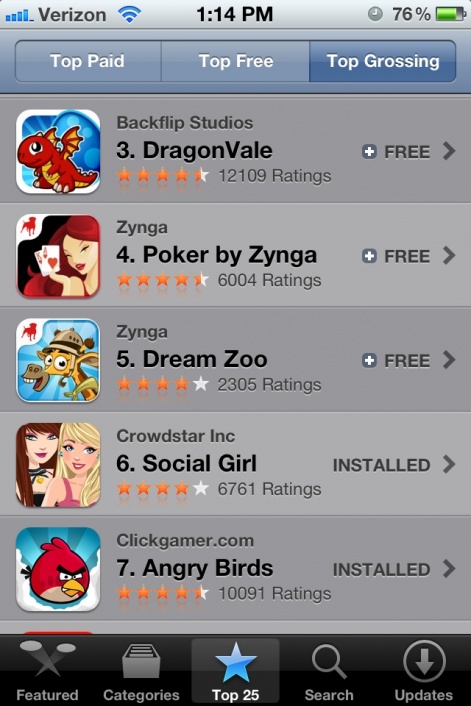