Android big in Korea, iOS big in US

Providing analytics to apps on over 200 million devices, it saw 12 times more Android devices activated over the Christmas weekend compared to the previous December weekend. 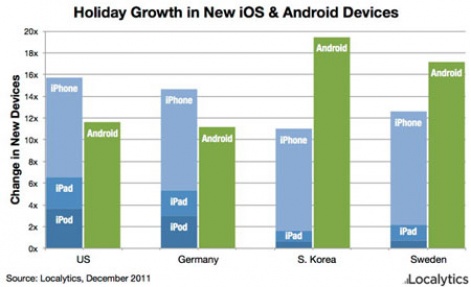 Breaking out the numbers in terms of national markets, Localytics reckons that Android was strongest in South Korea, Sweden, Spain and Japan. IOS was strongest in US, Germany, the UK, Italy and Malaysia.