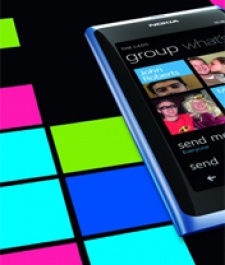 January 6th, 2012 - 01:04pm
By Keith Andrew
For every recurring rumour that's never realised, there are those that eventually see the light of day  Sony Ericsson's Xperia Play, for instance, one that finally delivered on the incessant 'PlayStation Phone' hype.

So, though some may be eager to dismiss the notion of a Nokia buyout by Microsoft as ridiculous, serial Nokia rumour monger Eldar Murtazin's claim that the Finnish firm is preparing to sell its smartphone division to its close American cousin shouldn't be dismissed out of hand.

Speaking via a series of tweets, the Russian blogger has claimed the top men from both sides  including Microsoft CEO Steve Ballmer and Nokia CEO Stephen Elop  are currently meeting in Las Vegas to finalise such a sale.

Murtazin, who talked up the possibility of a similar deal between the two parties last May, claims Elop will step down from Nokia as a result of the deal, returning to Microsoft possibility to head up the acquired venture.

On a more strategic level, it's also claimed Nokia's name will be dropped from all future Windows Phone handsets released by the division, essentially ending the company's role as a major force in the smartphone business.

Nokia itself would be left with just its feature phones business (mainly outsourced to Accenture), as well as its mapping technology property Navteq and its telecoms infrastructure business, Nokia Siemens Networks.

No win for Windows Phone

Of course, rather than dismissing Murtazin's comments as idle speculation as many will be inclined  it's entirely possible both parties have, at one stage or other, considered such a deal  it's better to place such rumours in context by looking at the implications of any buyout.

On paper, Nokia's weakened position in North America means US commentators will find the dissolution of the Nokia name from Windows Phone handsets easy to digest.

In the rest of the world, however, Nokia is still a powerful, aspirational brand with enviable market share  a major asset to Windows Phone, rather than a hindrance.

Indeed, as Pocket Gamer noticed at Lumia 800's UK launch, the handset is very much being sold as a Nokia device first, and a Windows Phone second, making any decision to kill the Nokia name a backwards step.

Of course, greater cooperation between the two parties in the coming years is more than likely  Nokia reportedly working on a Windows 8-powered tablet for launch this.

But, for now, Murtazin's prediction that the Finnish firm is set to be wiped off the map looks out of step with both parties' strategy for Windows Phone, even in a world where Google owns Motorola.