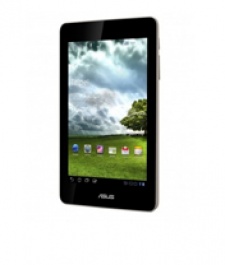 January 10th, 2012 - 03:15am
By Keith Andrew
If nothing else, Amazon's Kindle Fire has helped re-establish the boundaries when it comes to tablet pricing.

Where once manufacturers were praised for simply matching iPad's RRP, now they're being encouraged to heavily undercut it.

As such, the latest 7-inch Android-powered tablet from Asus  unveiled at Nvidia's press splash at CES 2012  will launch at $249: not quite the $199 price point cornered by Amazon, but certainly very competitive given its tech specs.

The MeMO, or perhaps the ME370T (no one seems entirely sure, as MeMO was the same name Asus gave its Qualcomm 1.2GHz dual-core tablet in 2011) will sport Nvidia's quad-core Tegra 3 processor, as well as the latest version of Android, dubbed Ice Cream Sandwich.

Engadget also reports the tablet will feature an 8MP camera, though no such specs were mentioned during the unveiling itself.

Crucially, by packing Nvidia's latest chipset, it will also out perform Kindle Fire by some distance, yet won't require consumers to part with all too many more dollars to see the benefit.

China in its hands

"Dressed in a trademark short-sleeve black shirt, Jen-Hsun noted that tablets have already been morphing to meet different, specialised, needs," Nvidia said of the tablet's unveiling.

"Sony's unique Tablet P, featuring a folding design with dual 5.5-inch screens, has found a core following in Japan. Designers like pen-input tablets, such as the Lenovo IdeaPad. And in China, seven-inch tablets are the rage.

"That's likely to be a key market for a new Tegra 3-based seven-incher announced at the press conference by Asus CEO Jerry Shen, who also came to the stage."

CES 2012: Samsung to launch modified Galaxy Tab 7.0 in Germany at end of January to skirt injunction