Title optimised to make most of processor 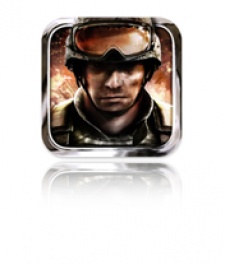 January 10th, 2012 - 07:21pm
By Keith Andrew
A partnership that serves to showcase both sides' graphical prowess, Qualcomm has announced it has picked Gameloft's Modern Combat 3: Fallen Nation to illustrate the power of the firm's Snapdragon S4 processor.

The Android version of the shooter will take pride of place at Qualcomm's booth at CES 2012, with Gameloft having designed the game to make the most of the S4.

"We are excited to be working with Gameloft to bring multiplayer console-like experience to mobile devices with Qualcomm's leading, integrated mobile graphics and LTE technology," said Qualcomm's director of advanced gaming Dave Durnil.

"It is a priority for Qualcomm to optimize our Snapdragon processors to provide an unparalleled mobile gaming experience for end users and we are excited to showcase Modern Combat 3: Fallen Nation on our Snapdragon S4 platform at CES."

"Gameloft is thrilled to be working with Qualcomm to continue enhancing the overall mobile gaming experience for our users with their growing selection of chipsets and processors," said Gameloft's VP of publishing for the Americas Baudouin Corman.

"With Gameloft's commitment to publishing high-quality games and Qualcomms dynamic technology, we're able to bring some of the most exciting titles and immersive experiences to date to Android tablets and smartphones."

CES 2012: Samsung to launch modified Galaxy Tab 7.0 in Germany at end of January to skirt injunction