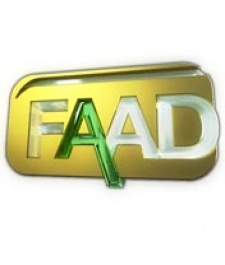 As well as enabling users to chat to each other, it's designed to add a social layer to the five million or so people who interact with the daily free app promotion, thanks to achievement badges, app showcases, and the ability to earn the FAADGold virtual currency.

Indeed, the iPhone app has been downloaded 1.2 million times to-date, with users apparently spending on average 26 minutes in the app daily.