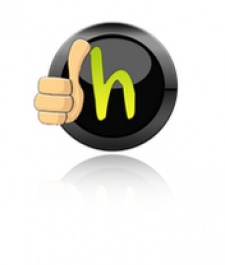 January 20th, 2012 - 05:47pm
By Keith Andrew
The contest between game recommendation tools continues to prove almost as competitive as the one between the very games they're pushing.

As a result, each new player looks to boast a more efficient, effective set up than the rest.

Hooked Media's new tool  the appropriately titled Hooked  launches with more than 250,000 games on its radar, promising to provide "personalised game recommendations based on each users game preferences and ratings".

The tool's real selling point, however, is what is claims a is a proprietary algorithm that works from game rankings. As such, the more titles a player gives a grade, the better its recommendations.

"As the number of games in the Android Marketplace continues to rapidly increase, it is getting harder and harder for consumers to find the games that best fit their interest," said CEO Prita Uppal.

"The Hooked app is an easy-to-use resource that will help gamers find the 'hidden gems' in the Android Marketplace and deliver compelling content that until now was not receiving the attention it may have deserved."

Hooked also logs user statistics, such as the number of games played and length of time spent on each title, and sports social tools so users can recommend games to friends.