Rumour: Microsoft Points to be phased out on Windows Phone Marketplace and Xbox Live in 2012 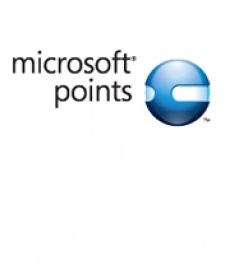 January 24th, 2012 - 04:29am
By Keith Andrew
In this post App Store world, the concept of a major marketplace that requires you to pay for games or downloadable content with a bespoke currency may seem antiquated to some.

According to a report by Inside Mobile Apps, it would appear Microsoft agrees, with the site claiming a plan to further unify the Windows Phone and Xbox Live marketplaces will result in the Microsoft Points system being phased out before the end of 2012.

In its place, all transactions  whether for full games or add-ons  will instead be made in with real money, replacing the mixed policy currently utilised across Microsoft's digital stores.

For example, as things stand, games on Windows Phone Marketplace are purchased with cash, but in-app purchases or avatar add-ons can be picked up with Microsoft Points.

However, the site claims a "source with knowledge of the company's decision" has confirmed the current model is to be scrapped, with Microsoft currently in the process of informing developers as to the forthcoming change in policy.

Naturally, Microsoft has so far declined to confirm any such shift in strategy, offering up the standard response that it refuses to comment on rumour and speculation.