January 24th, 2012 - 04:50pm
By Matt Sakuraoka-Gilman
Neon Play, having only just finished informing us of the correlation (or lack of one) between Apple and Android download rates, can't stay out of the headlines, with another statistical milestone reached.

Neon Play apps have been downloaded 30 million times since the developer's June 2010 launch, with 11 of its apps surpassing the million download milestone.

It has also managed to clock up the figure of 300 million game plays, as well as the startling statistic of a game download every two seconds.

Year of the word

"It was almost a year ago that we hit our four millionth download, to have now reached 30 million is staggering," said Neon Play CEO Oli Christie.

"For us, this year is about spreading the good word (and games) of Neon Play to even more people. We're excited about embracing different gaming platforms and territories, as well as Facebook, to ensure we find as many fans as possible.

"Now we know that people love our games, it's a great incentive for us to become even more creative in the studio, to make our games more social and viral and to monetise even better. We have some cracking new games in the pipeline and we're hugely excited about 2012." 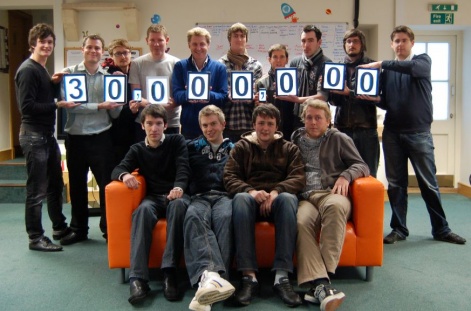