Equal to 12% of social network's sales 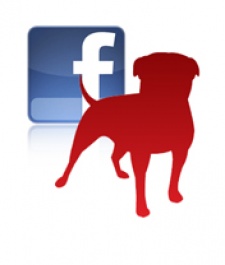 February 2nd, 2012 - 11:22am
By Keith Andrew
One of the perks when any company takes steps towards an initial public offering (IPO) is the details aplenty that are laid bare in its S-1 form.

The headline figure from Facebook's S-1 is just how important social gaming giant Zynga has come to be to the platform, with the publisher generating $445 million in revenue for Facebook in 2011 through the sale of virtual goods and advertising.

That's equal to 12 percent of all revenue Facebook amassed throughout the course of the year, resulting in the firm making special mention of its relationship with Zynga in the 'risk factor' section in the S-1.

"If the use of Zynga games on our Platform declines, if Zynga launches games on or migrates games to competing platforms, or if we fail to maintain good relations with Zynga, we may lose Zynga as a significant Platform developer and our financial results may be adversely affected," said Facebook in the S-1.

Though the relationship between the two parties is currently skewed more towards Facebook  more than 90 percent of Zynga revenue is reportedly derived from its operations on the social network  Zynga's influence over the platform is growing.

The S-1 reveals the 12 percent figure represents something of a high: in 2009 and 2010, for instance, Zynga accounted for less than 10 percent of Facebook revenue.

It's little wonder, then, that Facebook is especially keen to bring more developers into the fold.

Indeed, head of platform partnerships Julien Codorniou spent his entire keynote at the Social Games and Virtual Goods Forum in London selling the platform to developers, claiming games are no longer an add-on to Facebook  they form a vital part of a user's timeline, and help them "tell their story".

Facebook and Zynga have also had their run-ins in the past, with the latter having been less than keen to employ Facebook Credits in its titles  use of which hands Facebook 30 percent of all virtual currency revenue.

Nonetheless, the two parties signed a five year agreement in 2010 that should ensure Zynga continues to act as a vital cog in Facebook's wheel for the foreseeable future.

You can read the S-1 form in its entirety here.