Puts out Valentine's-themed update to celebrate 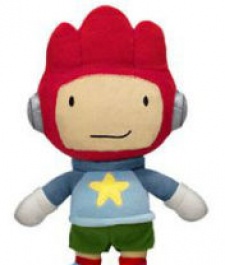 February 3rd, 2012 - 11:31am
By Matt Sakuraoka-Gilman
The 5TH Cell developed and Warner Bros. published Scribblenauts was massively successful on DS, and it seems that's carried through to the App Store.

It's just been announced that Scribblenauts Remix - another spin on the word-based puzzle game - has been downloaded over a million times.

And as it's never been available free (priced between $4.99 and 99c), that means one million sales.

So to celebrate Iron Galaxy, which did the iOS development work, has prepared a Valentine's Day-themed update.

We're told that the update will feature a Valentine's playground wherein players will be inspired to create objects such as a "loving, polka-dotted charonosaurus" or a "giant, pink, flying chocolate box."

The update will also gift players with an extra 20 levels to play through.

Warner Bros. has gone so far as to slap Maxwell, the affable hero of the game, onto a collection of t-shirts and merchandise. There's even a plush toy to keep your fuzzy Red Bird company.