Backed up by US and EU marketing push 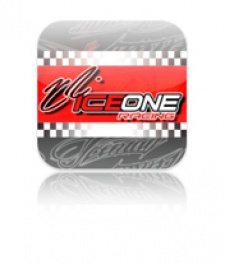 February 7th, 2012 - 04:24pm
By Matt Sakuraoka-Gilman
Having previously earned its stripes in the mobile ad field, 24MAS's move into games publishing has seen the Swedish firm make waves in the Java business.

It's now set to cement its hand in smartphones, too, launching a freemium racer on iOS branded in the colours of returning Formula 1 driver Kimi Räikkönen.

Ice, ice baby
Kimi Räikkönen's IceOne Racing's launch on iOS is set to supported by what 24MAS claims will be a six week long marketing push across Europe and America, delivered across Metro International's suite of publications.

"Working with Kimi and the team at Ice One Racing has been a great project," said 24MAS CEO Tero Turunen.

"The combination of a racing legend with a great game, delivers a real racing experience for fans around the world. This is the first in a series of new original games for iOS and Android that 24MAS is bringing to market in 2012."

The game's launch strengthens 24MAS's operations on iOS, with its hand in other markets  notably Android  having been bolstered by the acquisition of THQ's mobile wing back in February 2011.

Reply
I guess no one every showed the game to Mr RÃƒÂ¤ikkÃƒÂ¶nen it has the worst controls ever seen! Yes it's for free but it's unplayable you go around a corner with 15 mph and the car spins around. NO GO!!
Posted 10 years, 5 months ago