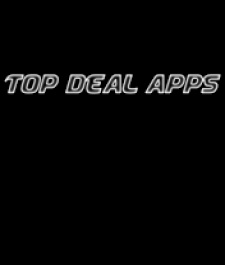 February 7th, 2012 - 05:07pm
By Keith Andrew
Though talk of 'bot farms' boosting title's App Store ranking is all over the mobile games press, very few players caught up in the story have gone on record regarding companies responsible for the technique.

One name that has been passed on to Pocket Gamer, however, is TopDealApps.

We got in contact with the site to ask for its take on the accusations being in flung in its direction  heightened by Apple's claim it will remove any studios found utilising the process from the App Store.

The most interesting thing about TopDealApps' stance, however, is that the service claims it doesn't use bots at all.

Instead, the company states members of the service in the US voluntarily download free apps from the App Store when prompted in exchange for cash.

"All of them own certain iOS devices and valid iTunes accounts. Each time we take a new case from an app developer, our users will be notified to download the certain app during the required time period.

"After the verification, the users will get money for this download."

As such, the site asserts no bots are being used to inflate an app's ranking. Rather, genuine users make the downloads on cue, even if they never use the game's in question.

TopDealApps' verification process might well alarm those at Apple's Cupertino HQ, however.

"This is how we record and confirm the total download number. It's simple to explain. No pay, no gain. If the user wants to get reward money, he has to share his account with us."

If true, it's likely sharing account details with a third party would break Apple's weighty iTunes user agreement  the security of the marketplace as its userbase of prime concern - and, as such, the giant's involvement in this practice may soon extend beyond merely issuing a warning to developers.

You can read Tilan's response in full over on Pocket Gamer.