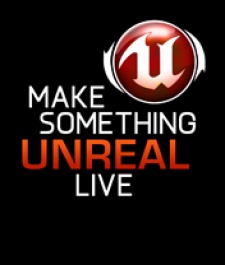 February 8th, 2012 - 06:53pm
By Matt Sakuraoka-Gilman
With the finale of Train2Game and Epic Games' Make Something Unreal Live fast approaching, organisers have secured the rights for Ian Livingstone and Steve Jackson's Fighting Fantasy franchise to serve as source material.

The 30 year old adventure gamebook series will form the focus on the independent game development challenge, with the resulting games due to launch on the App Store in the spring.

Teams involved in the final  due to take place at the Gadget Show Live in Birmingham this April  will select one book each to serve as inspiration for their game.

The four selected titles include The Warlock of Firetop Mountain, The Citadel of Chaos, Deathtrap Dungeon and Armies of Death, with teams required to present milestone submissions to ensure they stick to IP guidelines.

"Steve Jackson and I are delighted to see our Fighting Fantasy gamebooks being developed as iOS games by new teams of talented and enthusiastic students," said Ian Livingstone.

"This competition is a great way to showcase the creative talent of a new generation.

"The evolving games industry is constantly on the lookout for design innovation and new ways of playing. It will be really interesting to see how our IP will be captured and interpreted for the iOS platform."

The games in question  built using Epic's Unreal Development Kit  will be developed by three freshmen studios sourced from the Unreal Engine Game Jam back in November.

The winning team will win a full source, commercial Unreal Engine 3 license for iOS, with judges set to make their choice when the six day long Gadget Show Live 2012 kicks at Birmingham's NEC arena on 10 April.

Reply
jon jordan
Not sure what the details are for Indigo Jam Games, but the official FB channel for the program is