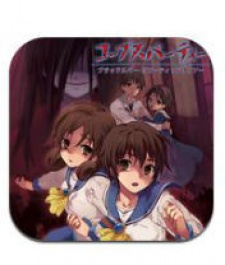 February 10th, 2012 - 12:20pm
By Matt Sakuraoka-Gilman
Japanese developer 5pb.Inc. has launched a game at a price point high enough to make even the most opulent consumer blush.

That's fair above previous contentiously priced titles such as Square Enix's Final Fantasy Tactics, at $15.99 or Taito's RayForce at $11.99.

Throw in the fact that the game's only available in its original Japanese language and there's every reason to look confused.

It's worth pointing out that the game represents somewhat a bargain in one respect, given that the Japanese iTunes store sells it for 2,200 yen, which is around $28.

It's another example of the experimental nature of pricing on digital downloads stores.

For example, Imangi co-founder Natalia Luckyanova is all for tearing down premium models in order to drive downloads after the success of Temple Run, whereas Cresent Moon's Josh Presseisen highlighted in a guest column here on PG.biz his belief that the premium model has legs.

Still, while the high price point of Corpse Party will certainly garner it attention, it's hard to see many consumers, apart from those Japanese-speaking fans of the franchise, who might want to get it cheaper than on the domestic store, willing to part with that much cash.

But if you're ready willing and able, you can download it from iTunes here.