Belle gets a belter 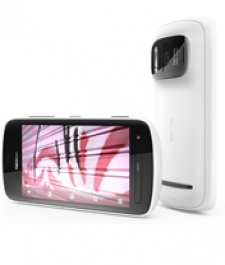 February 27th, 2012 - 10:23am
By Keith Andrew
As insistent as Nokia has been that it has no plans to drop support for Symbian any time soon, the manufacturer's ever-growing base on Windows Phone has naturally put the legacy OS in the shade.

The firm's Mobile World Congress press conference, therefore, seemed designed to back up that stance with actions rather than words.

Leading the line was the unveiling of a new 41MP smartphone  the Nokia 808 PureView  which comes equipped not with Microsoft's OS, but rather Nokia's retooled Symbian Belle.

The new high-end imaging device uses its Carl Zeiss lens and "pixel oversampling technology" to capture 7 pixels of information and condenses it into "1 perfect pixel", delivering what the company claims are the sharpest images seen on smartphones to date.

Moving forward, the technology is soon to be delivered within other handsets - presumably Nokia's Windows Phone range - though no specific devices were mentioned.

"People will inevitably focus on the 41 megapixel sensor, but the real quantum leap is how the pixels are used to deliver breath-taking image quality at any resolution and the freedom it provides to choose the story you want to tell."

That freedom comes from the ability to post said pictures to social networks, with the phone compacting files so they're small enough to share. 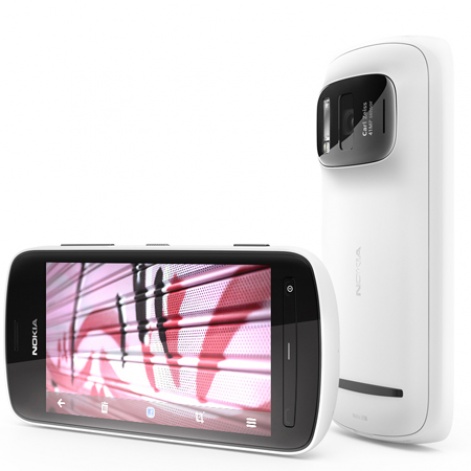 The device also comes with Dolby Digital Plus for 5.1 channel surround sound playback, as well as Nokia Rich Recording, which enables the device to record sound at "CD-like levels of quality".

Nokia claims its Belle update for Symbian - which officially launched earlier in February - has been downloaded 1 million times to date.

The Asha 202, 203 and 302 are aimed at the 2.3 billion people who don't yet own a phone, Nokia stated, and will benefit from a 40 game strong gift package from EA, delivered via a dedicated section on the Nokia Store.