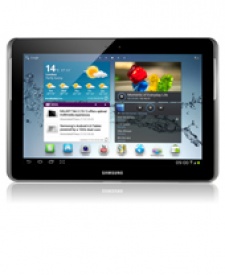 February 27th, 2012 - 05:30pm
By Keith Andrew
Following up the unveiling of Samsung's forthcoming follow-up to the original 7-inch Galaxy Tab, the Korean tech giant has revealed the device is actually one of a two strong series.

Coupling the 7-inch tablet will be a 10.1 inch version  both devices dubbed Galaxy Tab 2 and both due out first in the UK this March.

The new 10.1 inch version sports the same dual-core 1Ghz processor as its smaller relation, as well as both 3MP rear and VGA front facing cameras.

However, the larger device also comes with a 7,000mAh battery  the extra grunt required presumably designed to power its 1,280x800 display. 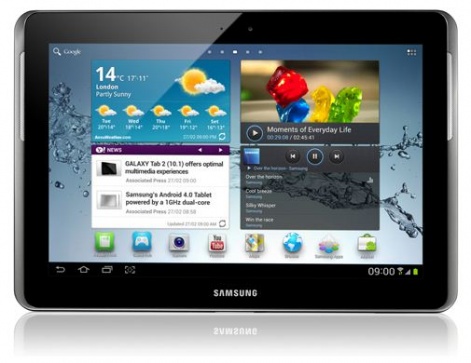 Aside from a slight tweak to the device's aesthetics, the new 10.1 Galaxy Tab 2 sports an almost identical set of specs as the existing 10.1 inch Galazy Tab  albeit, the revised device is set to ship with Android 4.0  also known as Ice Cream Sandwich  out of the box.