February 29th, 2012 - 11:41am
By Keith Andrew
Intel's drive to amass manufacturer support for its move on the smartphone market picked up pace at Mobile World Congress, with both Orange and ZTE unveiling handsets equipped with the firm's Atom Z2460 chip.

ZTE executive VP He Shiyou took pride of place during Intel's press conference at the exhibition, with the Chinese firm looking to launch its first smartphone powered by the Atom Z2460  formally known as Medfield - during the second half of 2012.

Said announcement came after Orange had unveiled Europe's first Medfield smartphone  codenamed Orange Santa Clara - at its own press conference, with the Gingerbread-powered device to launch exclusively on the network in the UK and France.

"The Orange device is a fantastic example of the innovation happening on Intels smartphone reference design," said Intel VP and general manager Mike Bell after the unveiling.

"We are pleased to extend our close collaboration with Orange to Intel-based smartphones.

"By combining Oranges unique applications and services with an attractive high-performance Intel-based smartphone, Orange is once again demonstrating its wireless leadership while providing more value and customer choice." 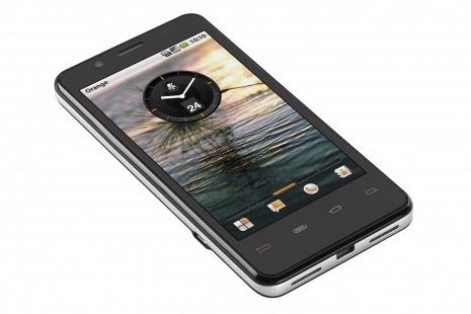 Both announcements follow Intel's splash at CES 2012, where partnerships with both Lenovo and Motorola were unveiled.

Indeed, it's expected the Lenovo K800 will be the first Medfield smartphone to roll out in Q2 2012, albeit with a launch restricted to the Chinese market.

"We're taking our legacy of computing and bringing the best of it into smartphones.We remain focused on delivering exciting new features and outstanding performance to smartphone customers around the world."

A portion of Intel's strategy is to focus on signing deals to deliver handsets for individual territories, rather than launching devices for the global market.

In a similar move to the Lenovo deal, Indian OEM Lava International is to launch a Medfield device  the XOLO X900  in Q2 2012, though again no worldwide launch has been cited, its roll out instead limited to the manufacturer's home market.

"We are proud to partner with Intel on XOLO to bring a superior smartphone computing experience to customers in India," added Lava co-founder and director Vishal Sehgal.

"With XOLO, we intend to now serve the discerning and fast-paced smartphone customer, which is where this collaboration with Intel is critical to us."