Looking to link up with free-to-play devs 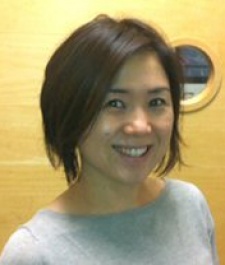 Matsushita's talk will focus on why developers behind mobile social releases need to tie their titles to a platform  a logical stance, given GREE's own social portal already boasts more than 190 million players and 7,500 games.

"GREE is relatively new to the UK so were thrilled to be participating at the F2P Summit," offered Matsushita.

"I'm especially looking forward to speaking with and meeting developers who are interested in the free-to-play space. Many mobile social games are freemium but lack strong social effects.

"Only with the help of social platforms do mobile social games truly become social and achieve cost-effective acquisition, retention, and monetisation rates."

As for Matsushita's talk, the aim will be to spell out the importance of social platforms for studios, with a view to how they operate differently in different territories.

"During my session, developers will learn about the current state of the platform market, including how platforms interact with social games, why social games greatly benefit from platforms and how game developers can leverage platforms today," concluded Matsushita.

The full line up of confirmed speakers can be found on the F2P Summit website, with early bird passes set to made available for £100 from 14 March.

BRIC by BRIC: How Brazil, Russia, India and China are building F2P success

Player to player economies: Why mobile needs to do it, and how Hay Day did it badly

F2P 2012: Free-to-play established in Europe, but it's a hard sell in UK, says InnoGames' Volker Dressel