Apple to gain inside info on Google's $12.5 billion Motorola buyout 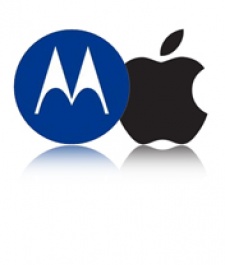 March 6th, 2012 - 01:29pm
By Keith Andrew
Motorola is to be forced to hand over sensitive data on Google's planned $12.5 billion acquisition of the company after a judge ruled it admissible to the firm's patent dispute with Apple.

US Circuit Judge Richard A. Posner has also ordered the manufacturer to deliver information about the Android ecosystem, bowing to Apple's position that both details are "highly relevant to Apple's claims and defences".

The orders form the latest chapter in the now long-running legal dispute between the two firm, which saw Apple file a patent lawsuit against Motorola back in 2010.

The dispute risks emanating further in the coming months, however, with Google's Motorola buyout likely to be approved by all the associated bodies, bringing the software giant itself into Apple's Android patent disputes for the first time.

Until now, Apple's grievances have been aimed squarely at manufacturers working with the OS - Samsung and HTC other targets - rather than Google itself.

Nonetheless, Motorola isn't taking the action down, with its lawyers arguing that  in its current state  the information Apple requires on its likely suitors are "not within the possession, custody, or control of Morotola", and that the firm "cannot force Google to roduce documents or witnesses over Google's objections."

Motorola smartphone shipments up, but losses hit $86 million in Q1 2012