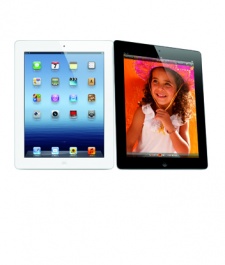 March 7th, 2012 - 06:33pm
By Keith Andrew
As expected, Apple used its press event in San Francisco to lift the covers off its next iPad, set to launch in major territories - such the US and UK - on 16 March.

Launches around the rest of the globe will follow from 23 March.

Accoding to Apple's VP of worldwide marketing Phil Schiller, that's the "most ever in a mobile device".

The new tablet will also sport an A5X processor complete with a quad-core GPU, which Schiller claimed is "twice as fast" as Nvidia's Tegra 3 and offers "four times the performance."

Despite that jump, it's claimed it will still boast 10 hours battery life, with the 0.4mm thin tablet itself weighing in at 1.4lbs.

"The new iPad redefines the category Apple created less than two years ago, delivering the most amazing experience people have ever had with technology," said Schiller.

"The new iPad now has the highest resolution display ever seen on a mobile device with 3.1 million pixels, delivering razor sharp text and unbelievable detail in photos and videos."

North American consumers will be pleased to know the new tablet will support 4G LTE technology - though the wireless standard is not currently available in Europe.

European prices have not yet been announced, though Tim Cook did reveal Apple will continue to sell iPad 2, the wi-fi version coming in at $399 with a 3G equipped edition hitting $529.

Games galoreNaturally, Apple also used the event to push some of the games set to take advantage of the new tech, with Ace Combat-esque iOS exclusive Sky Gamblers - due to launch later in March - leading the showcase.

Stealing much of the focus, however, was a big reveal by Epic: Infinity Blade Dungeons.Interestingly, Apple also sort to calm developer concerns regarding the new Retina Display, revealing existing iPad apps will automatically be scaled up to take advantage of the crisp screen.

"Everything has been updated, but as you remember when the iPhone 4 went to the Retina Display, developers didn't have to do anything and their apps looked better," added Schiller.

A full recap of the device's unveiling can be found on Pocket Gamer's liveblog. 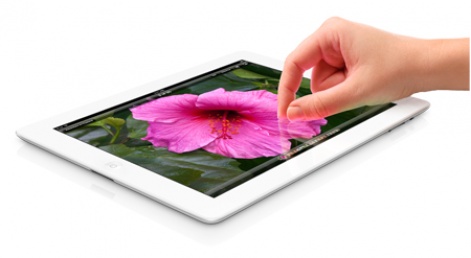