Analysts peg iPad shipments at a possible 60 million+ in 2012 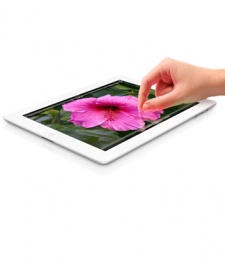 March 8th, 2012 - 03:49pm
By Keith Andrew
Analysts at some of the world's biggest investment banks have claimed Apple's iPad unveiling will ensure it continues to lead the tablet market in 2012, with shipment estimates hitting as high as 60 million for the year.

As summarised by Apple Insider, the lowest annual estimate for the tablet following Apple's San Francisco splash is from Morgan Stanley, which believes 5 1 million units will be shipped in 2012  a figure still up significantly on the 32.4 million Apple sold in FY2011.

Most of the estimates centre around the 60 million mark, with Deutsche Bank claiming such a target would now be "beatable" thanks to new iPad hardware.

RBS Capital Markets analyst Mike Abramsky believes a shipment figure of 62 million in 2012 is more likely, while Morgan Stanley's Katy Huberty had claimed up to 90 million units could make it onto shop shelves if sales jump 2.3 times when the new iPad hits the shelves, just as they did post iPad 2's launch.