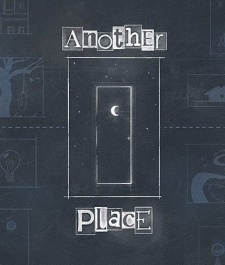 March 15th, 2012 - 11:48am
By Kristan Reed
Five of the main creatives behind the Fable franchise have formed a new independent studio, with an aim to create "something very very special and unique."

Speaking to PocketGamer.biz at GDC 2012 in San Francisco, Dene Carter revealed that the new studio would be focused on building "an imaginative world" and that it wouldn't be "what you'd expect from our little bunch."

The studio's formation comes after Carter launched his own game Incoboto on iPad under his Fluttermind moniker.

"We know exactly what sort of game we want to make," said Carter.

"It's a weird, weird game. I don't mean weird like Incoboto, but weird as in, okay, that's a really interesting approach to gaming."

Drawing on their collective experience with the Fable franchise will be key for Another Place Productions, Carter said.

"There are various bits and pieces we've played with in the Fable franchise that are unusual, and we'll be taking those and doing something very very special and unique."

Catering to the contrasting demands of the modern gamer will be one of the keys to the team's new project, the Lionhead veteran hinted.

"People very much live fragmented lives these days," Carter noted, adding that "the gaming population is ageing to a great degree."

He continued: "People like myself are still playing games, and we're not necessarily very time rich, but we still want very deep gaming experiences.

"Our hope is to grab two segments," he said.

"Let's say people who have played unsophisticated games for the last couple of years who are looking for something more, and people like myself who want something that is deep, well thought out, atmospheric, and interesting.

"We want to bring those [camps] together and say, actually, we're all gamers. Let's craft something that is for all of you," Carter added.