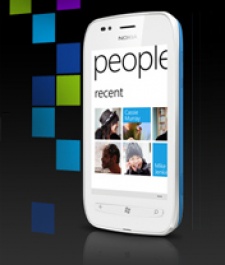 March 20th, 2012 - 01:07pm
By Keith Andrew
Nokia's flagship Lumia 900 may not yet be available in the US, but a consumer study suggests the Finnish firm's one existing Windows Phone device  the Lumia 710  is currently holding its own in the region.

A customer satisfaction survey of T-Mobile users published by Argus Insights claims the Lumia 710 is outpacing both iPhone 4S and Samsung's Galaxy Nexus when it comes to meeting its consumer base's needs.

The handset's success, Argus suggests, is largely due to its comparatively low-price, with Nokia adopting the strategy Amazon has mastered in the tablet space with Kindle Fire. 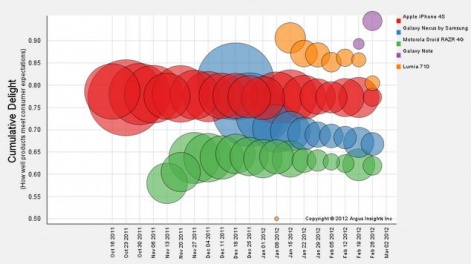 "As you can see from the Buzz and Delight Landscape the early Lumia customers are delighted with their new Nokia/Microsoft hybrid handset," details Argus Insights founder and CEO John Feland.

"Similar to the Kindle Fire approach at targeting the pent up demand for lower priced tablets, the Lumia targets T-Mobile customers that have been on the smartphone fence, looking at the battle between Android and iPhone and waiting for the prices to fall enough so they can play too - and they are delighted with how far their dollars are going."

While neither Nokia nor Microsoft has released sales figures in the US to date, Feland believes the results of his firm's study are a positive sign for Lumia 710's fortunes in the country, claiming Nokia's low-price approach "will continue to bear fruit" for the Finnish firm and Microsoft alike.