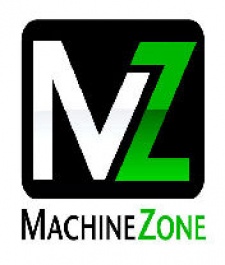 March 29th, 2012 - 11:31am
By Tom Worthington
The San Francisco-based social games developer Addmired has announced it's relaunching as Machine Zone, raising an additional $8 million in funding.

Series B funds came from Menlo Ventures. This follows the company's $5.3 million Series A investment from Anthos Capital and Baseline Ventures raised in 2011.

One of the gang

Originally launched in 2008 with Y Combinator funds, Addmired doubled in growth every six months, both in terms of player engagement and its team size.

The company now boasts downloads of over 40 million across its popular free-to-play mobile games including Original Gangstaz, Global War, and iMob 2  one of the top grossing games on the App Store.

"Gabe and his team have a deep and unique understanding of mobile social games leading to the highest levels of social connections and engagement of any mobile games company I have seen," said Pishevar.

"It's why, after looking far and wide, this is my choice for a mobile social games investment."

Machine Zone currently boasts one billion friendships among its players who clock up several billions of minutes in gameplay every month.

Reply
John Gremminger
Just to clarify I did register just never had the need to use other device.
Posted 6 years, 6 months ago

Reply
John Gremminger
I've had game of war for like a little less than a year and I've spent over $1000.00 on packs that is all documented through Google play. I played everyday. In the beginning of my game mz asked me to register through them so I could use on different device, which I never had the need to. So two days ago I dropped my phone and broke screen then tryed to link to tablet. Mz kept telling me that my email and password doesn't match. I've tryed to contact mz 4 times through the support meanwile my city is getting reped by others and everything that ive invested my time and money into is getting taken mz wont even answer me. I got robbed by that co. PLEASE DO NOT SPEND YOUR TIME OR HARD EARNED MONEY on GAME OF I can prove everything that I'm saying is true. I have sqreen shots of everything . GABRIEL LAYDON DOES NOT CARE about the time or money you put in this game. Have anouther drink on me ass hole!!!!!!!!!!!!!!!!!!!!!
Posted 6 years, 6 months ago