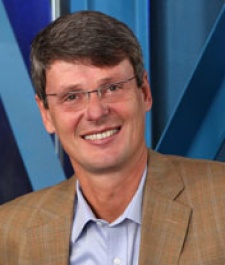 March 30th, 2012 - 12:31pm
By Keith Andrew
Ten weeks into his tenure, and RIM CEO Thorsten Heins' vow to turn things around at the Canadian giant has delivered its first major changes.

Leading the line is the departure of former co-CEO Jim Balsillie, who steps down from RIM's board of directors little over two months after his reign at the top of the company came to an end.

The executive cull, which comes after RIM missed is earnings estimates for the fifth quarter in a row, has also resulted in the departures of CTO David Yach and COO Jim Rowan with immediate effect.

"As I complete my retirement from RIM, I'm grateful for this remarkable experience and for the opportunity to have worked with outstanding professionals who helps turn a Canadian idea into a global success," said Balsillie in a statement.

But the rolling of heads is just the start of what Heins has suggested will be a far wider reimagining of RIM's role within the industry.

Speaking during his first conference call, Heins said the company is already looking for a new COO, but more radical measures  such as a refocus on the firm's former strong hand in enterprise, and a move to license the platform's OS out to rival manufacturers  could also be on the agenda.

"I've been the CEO of RIM for just over 10 weeks now," said Heins in the call.

"It is now clear to me that substantial change is what RIM needs."

Heins claimed the company has lost its identity in recent years, thanks to its rivals moving into areas where RIM previously led the field.

While secure, push email saw it dominate the business sector for years, the same kind of functionality is now offered via the cloud, eroding BlackBerry's unique selling point.

"We believe that BlackBerry cannot succeed if we tried to be everybody's darling and all things to all people," Heins added.

"Therefore we plan to build on our strength."

Commentators have been quick to suggest that a renewed drive on enterprise means BlackBerry's recent move to pick up consumers will fall by the wayside, handing the app (and, possibly, games) market to iOS and Android.

All options on the table

Heins didn't make any such ramifications clear, though he did raise the possibility of working with other manufacturers and even suggested the outright sale of RIM isn't out of the question.

"Given the challenges we face, we believe it is prudent to explore all the company's options," he said, before noting that a sell off isn't the "main direction" RIM is moving in.

For the moment, however, Heins said RIM will try and sell its existing line-up of BlackBerry 7 handsets to smartphone newcomers  a tricky tactic, given this is an area where Android typically dominates and one Nokia is increasingly looking to target with low-price Lumias.

Heins suggested it will be the launch of BlackBerry 10 later in 2012, however, that will truly fire the starting gun on his vision for a renewed RIM.